Mr Hamish works as a Consultant Specialist in General and Vascular Surgery at the Royal Free Hospital.

After medical school and basic surgical training, he completed specialist training in general, laparoscopic and endocrine surgery at Leeds General Infirmary and Derriford Hospital in Plymouth.

Mr Hamish finished his research degree in 2005 at Imperial College London before going on to develop his experience and knowledge further with over four years vascular, endovascular and organ transplantation surgical training at Charing Cross and Hammersmith Hospitals in London. Following this, he spent three years living on the Sunshine Coast in Australia where he worked as a senior level consultant surgeon in vascular and endovascular surgery.

As a vascular specialist Mr Hamish treats the complete range of vascular diseases including aortic aneurysm, carotid, diabetic foot and peripheral arterial disease. However, he will also see patients for other general conditions such as haemorrhoids, lumps and bumps and hernias.

He has a special interest in the minimally invasive treatment of varicose veins and often performs endovenous laser (EVLT), radiofrequency ablation and foam sclerotherapy. Outside of his consultancy work Mr Hamish dedicates his time to training fellow surgeons in these minimally invasive techniques, both in the UK and abroad.

Mr Hamish takes a very careful and considerate approach in every aspect of his consultancy work and he makes every effort to ensure patient dignity, safety and confidentiality are maintained at all times. In his spare time he is a keen swimmer and also likes to go horse-riding with his two children. 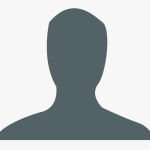